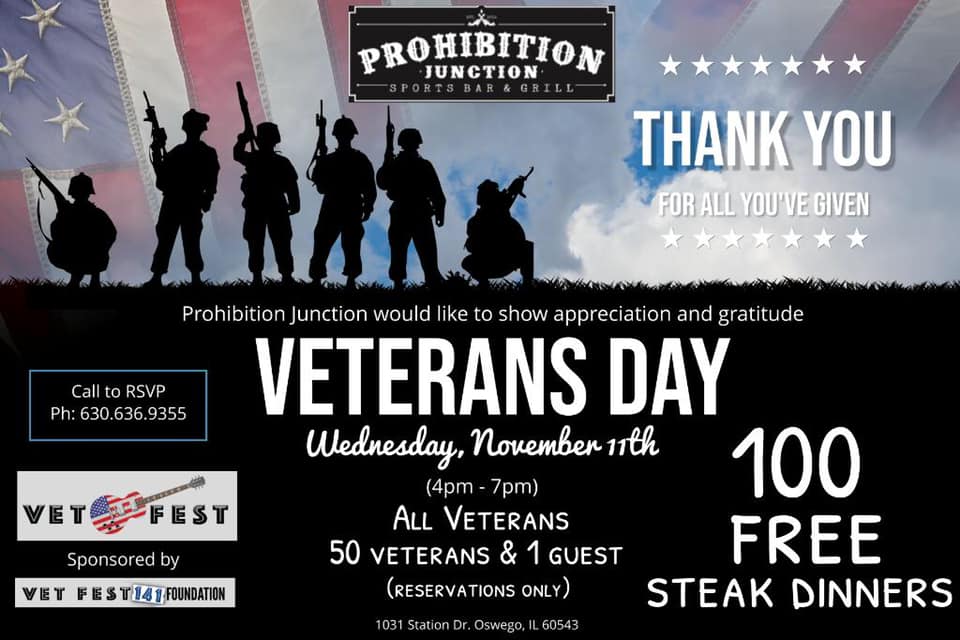 Vet Fest is a production of Vet Fest 141 Foundation, a nonprofit organization which supports veterans and veterans’ organizations at local and national levels.

Vet Fest 2020 provides corporations and organizations with a unique opportunity to support the military community while also gaining tremendous brand exposure through a variety of platforms.

Music is something magical that affects me on a much deeper level. I connect with the music as it has a way of affecting the very mood I may be in. It has a way of provoking emotions and creating motivation within your bones. Studies show that happiness is increased when listening to music while being away from all of your family and friends. In the military happiness is vital. Another amazing impact that music had on my life while active duty is that within my military family, I was able to connect with other music lovers and we formed a tight cohesive bond. We would sign and little did we know or intend, others would join in and start to shine as well. To this day, music will always be an important part of my life and my family’s lives.

I have always loved music. But while on active duty I would get off of work and relax listening to music and forget about where I was and how much I missed people and home. It’s always been an escape from what may be depressing. Even today I like to work while listening to music.

Music is my Medication

As a DJ on Armed Forces Radio in Vietnam, I was very pleased with the great response of the troops to the music played. The souls of Heaven sing the Praises of GOD.  So, He loves music, too.

Music has always played a big part in my life. Each band/group/singer/song reminds me of a different person, time, or event in my life. Some good, some bad. Almost all good, luckily. But when I was a young Marine stationed overseas for the first time during Desert Storm, music had a huge impact on me, as my quick connection to family and friends back home. At Marine Barracks Guam, there were 4 of us sharing a room and another room sharing a bathroom with us. I was the guy with the stereo system. Even though it was my system, I had to learn real fast to get used to sleeping with the stereo on. That’s the way the guys liked it. When we were off duty, the tunes were playing and we were in another place. Metallica’s Enter Sandman came out that year, and I was forced to listen to it every single night for what seemed like months. Now whenever I hear Metallica, I instantly see the faces of the guys in my squad back then, and I have flashback memories of drunken typhoon BBQ parties with power outages, candles, and of course, Metallica. To this day, I use the power of music to empower me with motivation and energy to work out at the gym. It’s amazing how much harder it is when you don’t have your music with you.

Music played a big part of my in my life in the United States Air Force, music gets me pumped up and proud of being a member of the US military. I listened to allot of Bruce Springsteen, especially born in the USA album, it inspired me as I was a newly naturalized US citizen and made me extremely proud of being a citizen of the greatest country in the world and being enlisted in the United States Airforce.

Music is my motivation. It has helped me get through the many long days. If I couldn’t sing myself through frustrating situations, I would not have accomplished as much or had the ability to push through some of the most difficult tasks. Another benefit of music is its ability to aid in ones duty, I need to music to keep me awake on guard, to be actively engaged, even if it means singing in my head so no one can hear me.

Please check back shortly – we are working on this!