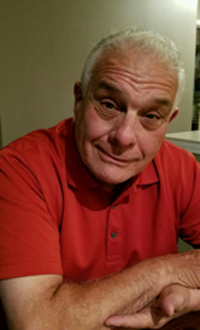 Joseph Cosentino has lived in Chicago his entire life. He has raised his family late with his wife of forty-six years. Joseph has three wonderful children: Antoinette, Lisa, and Michael. He also has three lovely grandsons: Anthony, Christopher and Dominick. Joseph has owned businesses in the Chicagoland are for over forty years. He is a graduate of Northeastern University with a BA in Political Science, which he earned while raising a family and working full time. Joseph is no stranger to hard work and dedication.

Joseph served as a Provost Marshall for the United States Army. He followed the footsteps of his father, Anthony, who was a World WAR II veteran. Anthony served over twenty months of active combat which includes the beaches of Normandy and Omaha. He received two Purple Hearts for wounds received on D-day at the hedge groves in France. He also fought the Battle of Cherbourg. Joseph’s son has upheld the family tradition of service in the U.S. Army. Service to our country has been an important belief in the Cosentino Family.

Joseph is currently the owner of a neighborhood establishment, All Inn. Joseph also worked for the Illinois Liquor Commission for 18 years as a field agent. During that time he graduated the Cook County Sheriffs Academy. Joseph has had businesses in the food and beverage industry for most of his adult life.

Joseph’s commitment to Vet Fest is very personal. He believes in honoring and supporting our veterans. Joseph knows music brings people together to celebrate life, loss, experiences and special moments. There is no better way to bring awareness to veterans and their needs than a music festival.

Vet Fest is a multi-day concert festival Honoring our Veterans Through the Power Music™. Our next event takes place this summer in Oswego, IL. Vet Fest will feature prominent artists from a variety of music genres.